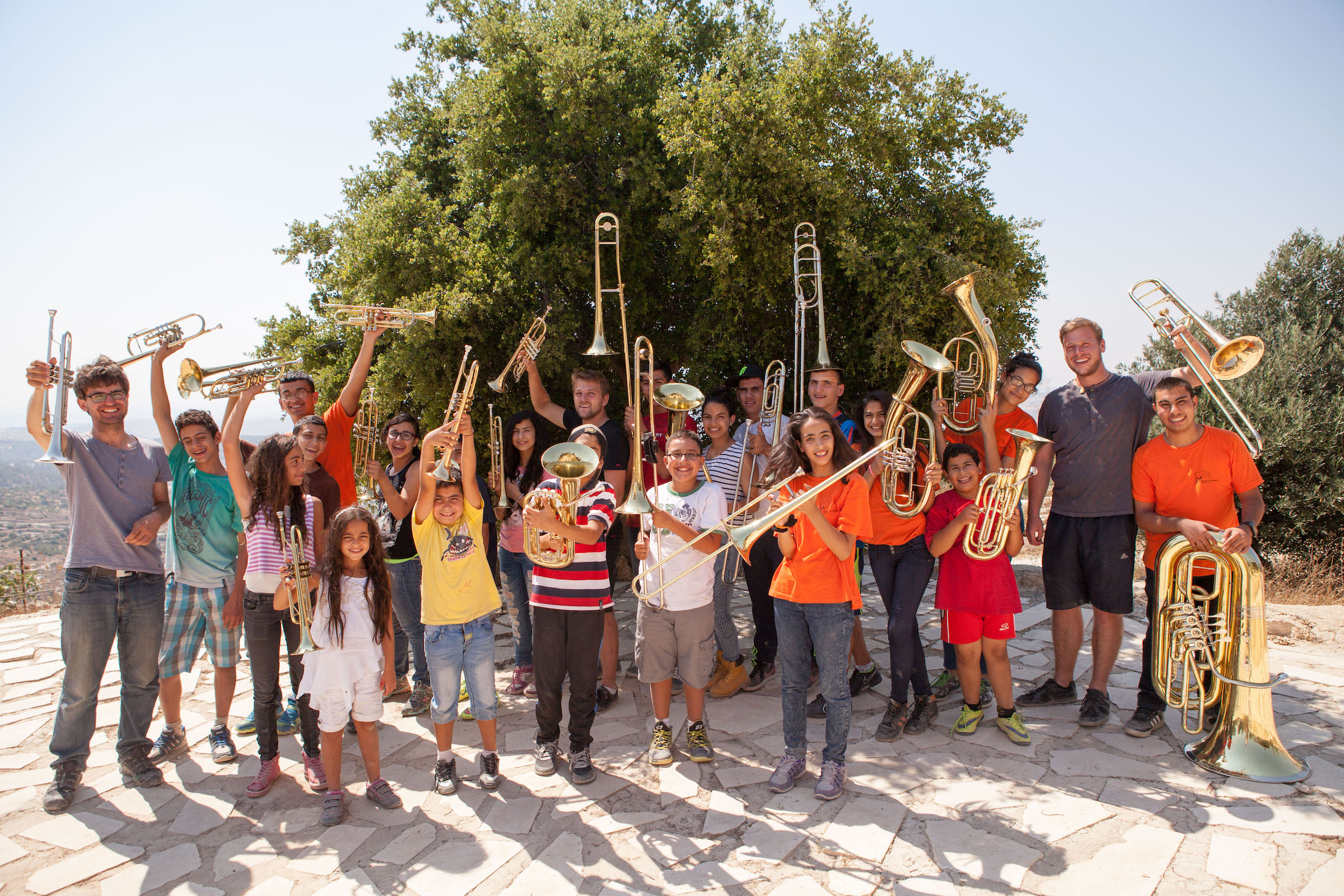 Brass for Peace – what is it?

Since 28 February 2009 “Brass for Peace” (BfP) has been a German registered non-profit organization. In this organization are brass musicians from all over Germany who are interested in the work and the aims of the NGO Brass for Peace and want to support BfP.

Brass for Peace (BfP) has the following aims:

The Idea
The initial idea for “Brass for Peace” arose during a visit to Germany by Dr. Mitri Raheb, pastor in Bethlehem, in 2005. He envisioned brass musicians playing their instruments at the wall being erected around Bethlehem. Is it possible, like long ago in Jericho, the wall might fall down under the sounds of the horns (and trumpets)? Since there was not yet a brass ensemble in Bethlehem, pastors Dr. Mitri Raheb, Eberhard Helling, and Friedemann Schmidt-Eggert (former Chairman of Evang. Posaunendienst in Deutschland) developed the idea of a brass ensemble in and for Bethlehem. In the meantime, the “Brass for Peace” organization was founded and the initial idea began to take shape. “Brass for Peace” organized brass music campaigns and Brass tours in the Holy Land and in Germany and started a brass music project in Lutheran schools in Bethlehem region.

The idea for Brass for Peace music project in its current form was hatched at Talitha Kumi. After a concert given by German brass musicians in October 2007 that was enthusiastically received by the pupils, the principal at that time, Dr. Georg Dürr, expressed his wish that every child should have to opportunity to learn to play a musical instrument. Prof. Monika Hofmann took up this idea and implemented it for brass instruments. Existing contacts were activated and new contacts made in the Bethlehem region and since January 2008, German volunteers have been giving lessons at the school. Currently there are around 80 children participating in the project, taught by the one or two volunteers and the coordinator in part-time.

Music brings people together, and is also important for self-development. In the brass project children learn to listen to each other, to respect each other. It´s better to perform music together, not to quarrel with each other.